Is it Worth Getting An Induction Hob? 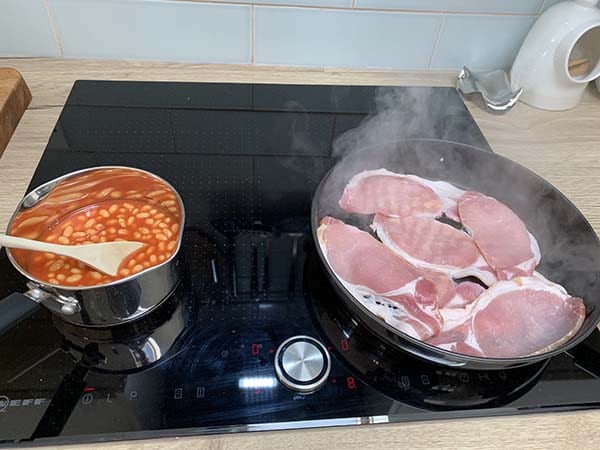 Its energy efficiency, safety and speed to heat are just some of the reasons that an induction hob is definitely worth the hype! They are among the best cooking appliances you could invest in for your home.

What is an Induction Hob?

An induction is hob is very different from any other kind of hob out there. First of all, on your induction hob, you may notice that the rings will only start to heat up once you put the pan on them to start cooking, as opposed to other kinds of hob which heat up as soon as we turn a dial or press a button.

This is because unless the pan is on top of the ring, the current is not complete. The induction hob works thanks to electromagnetism.

In short, the magnetic coil beneath the ring needs the pan to create a magnetic field which becomes the source of the heat. A bit like a fridge magnet, if there is nothing to attract it, it will not stick to anything.

Well – the induction hob works the same way: if there is no pan on the ring, the ring will not heat up.

What are the Advantages of an Induction Hob?

There are many advantages to owning an induction hob. Here is a list of the pros you need to know about:

The Cost of Induction Hobs

First of all, the cost. Although in previous years induction hobs tended to be among the more expensive ones on the market, due to their increase in popularity and the advancement of the technology, it is now much easier to shop comparatively and to find the right induction hob to fit your price range.

Secondly, they are more eco-friendly and energy efficient than gas hobs and electric hobs. Indeed, due to their superior heating technique (heating only the pan itself and doing so rather quickly), there is barely any energy loss, as opposed to other hobs which not only take longer to heat up but also remain hot for some time after use before cooking down.

The Yuppiechef has done a brilliant short video to demonstrate how they work.

The fact that they heat up and cool down quicker also make them very time-efficient, and make the heat a lot easier to control. The heating system itself is relatively low voltage, so there is no energy waste there either.

Much like an electric hob, their flat and glass surfaces mean that you don’t have to waste any time getting your sponge between all the nooks and crannies of a gas hob. A simple wipe over the surface with a damp cloth and some cleaning fluid will do the trick!

Finally, they are safe. Whether you are living alone or with a family, having a safe hob is essential. If you’re taking your pan of spaghetti to the strainer, pouring your soup into a bowl or simply putting the pan on a trivet, you don’t have to worry about forgetting to turn the hob off once you’ve finished cooking.

As soon as the pan leaves the glass surface of the hob, the induction hob will stop heating it and turn off. Thankfully, that means there will be no toxic gases flooding the air, no risk of a child or pet burning their fingers (or paws) on the hot ring, and no risk of a fire stemming from an unwatched hob.

What are the Disadvantages of an Induction Hob?

Pros and cons go hand in hand, and of course, like anything, there are of course a few disadvantages to owning induction hobs.

It is important to take into account all of the pros and cons of buying one, in order to make the right decision for your kitchen. Here is a list of the disadvantages of owning an induction hob:

First of all, you may need to make a certain investment and buy new pans. I’m afraid that none of your pans, no matter how wide the collection, will necessarily work on your new induction hob, unless they are specific pans that were made for induction hobs, that is to say, that they have a magnetic base.

However, all is not strictly lost, if you have done the magnet test and discovered that your pans won’t work you can look to buying induction cookware converter disks. These discs are made from stainless steel or iron. They work by establishing an electromagnetic field that is produced by the induction hob which is then converted to a magnetic field.

Secondly, and this may sound very daft, but you will need to rely on an electric source. Of course, just as with an electric hob, if the power in the house goes out, there is no chance of making a cup of tea or a warm meal with yourself or your family. If you live in an area prone to electric power cuts then an electric hob, bet that ceramic or induction will not be your best choice.

The Cost of Induction Hobs

Finally, the price. Although the prices have significantly decreased over the years for induction hobs, you will still probably find that an electric or gas hob is cheaper than buying an induction hob.

An induction hob with 6 cooking zones is more expensive than an induction with 4 and you will also note that you will pay more for a 4 zone induction that has flexible zones.

However, it would be wise to take into account the money you could save on the energy / electric bills, and of course, as mentioned above you may need to look to get a new set of pans to use on your new hob.

Is an Induction Hob Better Than a Ceramic Hob?

I personally think induction hobs are better than a ceramic hob. Although ceramic hobs may look quite a bit like induction hobs and come with both 4 and 6 cooking zones, they do not work as quite as efficiently and lack the same power.

Induction hobs are still the best energy-wise, as ceramic hobs do tend to lose quite a bit of energy around the pan when they get hot and you start cooking. This is because the energy is less concentrated on one specific area, they also tend to be slightly slower to heat than induction hobs as well.

Ceramic hobs aren’t all bad though. If you are working on a tighter budget then a ceramic hob is definitely the cheaper option and does have some of the induction hob’s qualities.

For example, their smooth glass surface makes them not only aesthetically pleasing in your kitchen. They are also very easy to maintain and to clean and let’s not forget the need for purchasing a new pan or two!

All pans will work, from your cast iron, stainless steel or Le Creuset (the only exception will be those with a copper bottom, as it could damage the glass surface) and even other cooking appliances such as your slow cooker will work too (a personal bugbear of mine, as I now need to start my meals off in pans now, then pour into my slow cooker)!

To summarise, in my opinion, if I were looking for a new hob for my kitchen and given a choice of gas, electric of induction, and having experienced cooking on all 3 I would go with induction, and here is my personal view as to why: 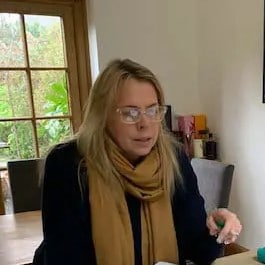